all unreal | Appeal to Conspiracy Fatigue (CF) Skip to content

Conspiracy theories and alternative research is a minefield where good information is hard to find and misdirection guaranteed. One of the facts we will have deal with sooner or later is that alternative research was not invented by truth seekers – the origin of conspiracy theory comes from the perpetrators themselves who have been well versed in tactical warfare from the get-go. To gain complete control the Elite (or whatever we might call the power-structure/hidden hand) appear to always have the ambition to control every side of any conflict or topic. To be able to do so, they design their own resistance with as much care (or even more) than their official and admitted roadmap. We might call this state of affairs a perpetual state of Psychological Operations or Controlled Opposition – you might not always see it but whenever you look closely, it is rarely missing in action.
–
The Elite seem to be the ultimate control freaks and leave no field of human activity untouched. Wherever the ‘Nutwork’ have their hands, disinformation follow. What this means for the tiny fraction of alternative researchers that are not covertly part of the power-structure is that we are inundated with new conspiracies and psyops. By now most of us have probably made that very observation; wherever we look closely, things are not what they seem from the outside. It is very effective tactics – we loose our motivation and focus as the rabbit holes get more plentiful, disturbing and ever deeper. This psychological strain makes anyone who offer a way out look attractive and gatekeepers thrive in such scenarios. The temptation is hard to resist, and many buy in – they close down their inquisitive mind. But they are played. To stop any inquiry because of the presence of disinformation is a logical fallacy the Elite incites us to make and that they have planned for us specifically. DBA (discredit by association) is an example of a fallacy that build on Conspiracy Fatigue (CF) and act to end even the most resilient researchers quest: CF is a graveyard of independent thought. And we might all have smelt the seducing perfume of resting within our own conspiracy comfort zones – only we forget this is not how we got to where we are in the first place.
–

SEEMS LIKE A JOKE TO ME
How is looking at a bunch of photographs and video clips of celebrities and then claiming each one is the opposite gender an investigation? This is obviously intellectually dishonest and it obviously requires us to have absolutely no real experience with members of the opposite sex in real life, no understanding of how biology works, an unwillingness to do a simple Google search to see how and why this is just fallacy, and a complete willingness to suspend all disbelief and believe whatever a voice on a screen tells us.

EGI is an observable fact we can verify by ourselves exoterically and (more strenuously) esoterically. Bruce Jenner, Bradley Manning, Chaz Bono and other celebrities represent the exoteric side of Elite Gender Inversion while Zeke Smith, Jenna Talackova, Caroline Cossey illustrate the most accessible esoteric side to Elite Gender Inversion. The existence of EGI both openly and covertly is in itself not really a matter of opinion – it is factual. However, many alternative researchers still choose to ignore or attack the research into EGI and/or expect there to be fair play at hand devoid of any contrivances. If anyone is in doubt by now – sex and gender are major parts of warfare and so is transgenderism. There is no fair play in sight and there is a coordinated effort by the Elite to control both sides of the current dialectic – both the open and the hidden agenda of EGI are targeted. As expected, unless you fold in to the fallacies and fear of gatekeepers using DBA or Conspiracy Fatigue to their advantage – then of course you might regress back in time to another comfort zone or just ignore new information and ‘move on‘. Like many serious researchers moved on from the Flat Earth and now once again are comfortably seated on with Max Igan’s Q27 flight around the spinning globe destined for unknowingness (and yes, i do include Jeran on that ‘double Zayin’ flight).
–
Attacks on Fakeologist.com EGI research is mostly done indirectly with help of the many YouTube channels that are trying to ‘out’ secretly transgendered celebrities by way of their Transvestigations. Many alternative researchers conveniently choose to mix the Fakeologist EGI research together with more eccentric Youtube channels in a targeted effort to discredit us and the topic itself. I invite anyone of these critical minds to discuss factually about Elite Gender Inversion – although i’m keenly aware that much of their noise is coming from a deceptive or biased (CF) angle focusing on to the sensational side and not what is brought up in detail on the forum-thread and Fakeologist audio content.
–
Relating to the criticism made in the (anonymous*) AA Morris article it is clear that Fakeologist once again is put in the same basket as popular Youtube Channels and indirectly ridiculed, in this case by way of using past radio guest Jon Humanity’s channel and his video of Albert Einstein in his heeled women’s sandals and appearance. While Jon Humanity has many flawed opinions on a wide range of topics, he still has the merit of doing in-depth analysis of celebrities anatomy and raise many pertinent question regarding Elite Gender Inversion. Regardless, it is quite deceptive to imply that this site and members share all or any of Jon Humanity’s opinions – when he’s referenced on this site it is regarding EGI – not his speculation on the Mudflood, Giants or the White Right. 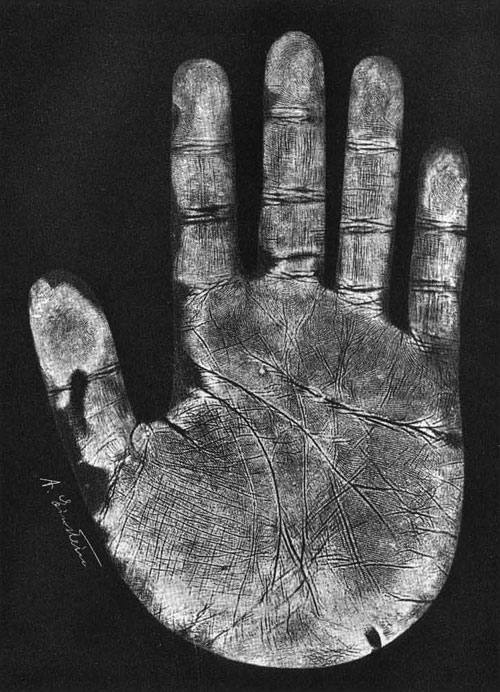 •Print of Einstein’s right hand (around 1930) by Marianne Raschig
—